We had the most fantastic time at Winterval Festival in Waterford!

We were very lucky to be invited to attend the opening weekend of Winterval Festival in Waterford – and we were not disappointed.

We stayed in the Tower Hotel and they couldn’t have done more for us – we are a family of five, with ages from 10 to 16, so we were able to get an adjoining room, and we had a fabulous welcome gift on arrival of pastries and chocolate treats, which was so lovely.

The rooms are well laid out and comfortable, and the dining options in the hotel were fantastic. I would definitely recommend.

We had a number of activities planned on our trip and despite the weather being really cold (and occasionally wet) we still had a fantastic time.

There are lots of different options in terms of events and activities, both free and paid for, so you get to choose from a huge range. 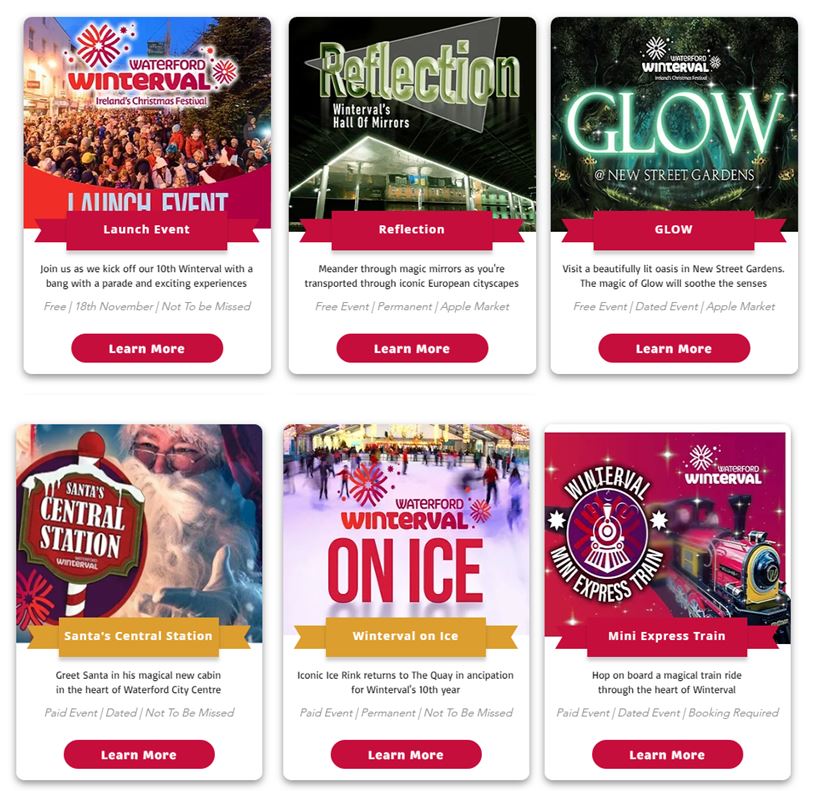 On arrival we attended the Winterval Opening Event parade with Santa arrival followed by GLOW at New Street Gardens where we enjoyed the free Shadow Puppet Theatre show. After that we moved to The Port of Waterford Eye at The Quayside at The Clock Tower, from here you can truly see the magic of the festival with far reaching views over the city. 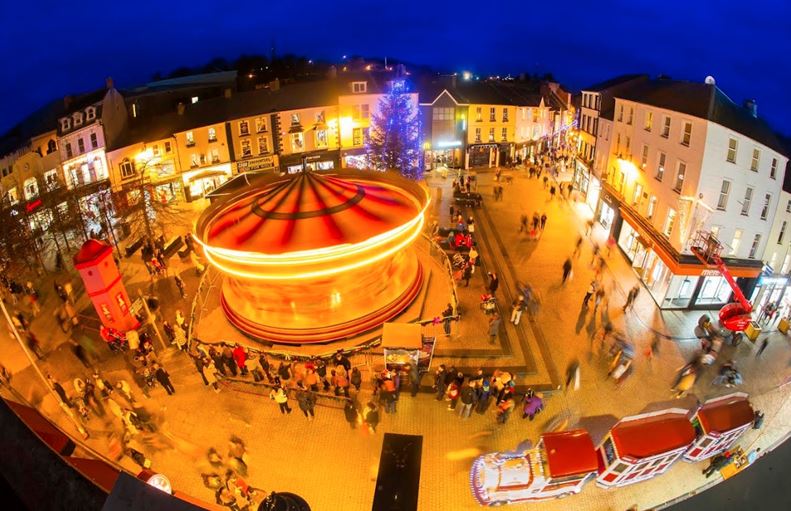 After that it was back to the hotel to rest and get ready for Saturday.

Saturday was a full day starting with breakfast in the hotel (which was gorgeous) and then we enjoyed wandering through Waterford City. We had lunch at No.9 Barronstrand St Restaurant – this is a fab spot, it’s very family orientated and had a really good choice of food with something for everyone.

Once we had finished, it was off to SANTA’S VR Sleigh Ride at the City Square Shopping Centre, followed by WIZARDS AND DRAGONS, a ride on the vintage carousel at John Robert’s Square, the REFLECTIONS HALL OF MIRRORS at the The Apple Market, the GERBOLA FESTIVE CIRCUS and lastly –Winterval illuminates, which was definitely a favourite.

Santa takes centre stage at the festival in the heart of the city at Santa’s Central Station. There is live music on stage each weekend in Waterford’s cultural quarter featuring a mix of community and professional acts serving as the perfect backdrop to the wonderful Winterval Christmas market set out in a series of attractive wooden chalets through the spine of Ireland’s oldest city into the cultural quarter. 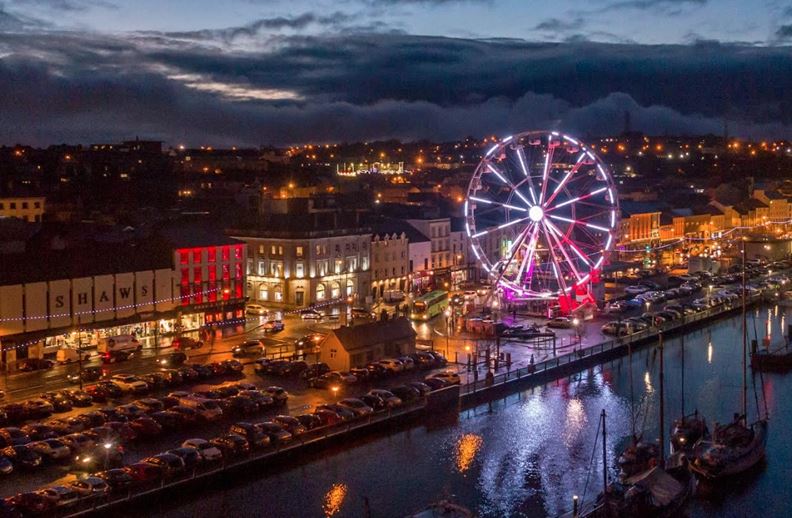 Waterford’s heritage takes a prime position with Déise Medieval hosting a traditional Viking Settlement. A Winterval by night programme is be offered at The Reg alongside their World Cup fan zone, plus Christmas concerts at the Cathedral and music at Waterford Crystal. 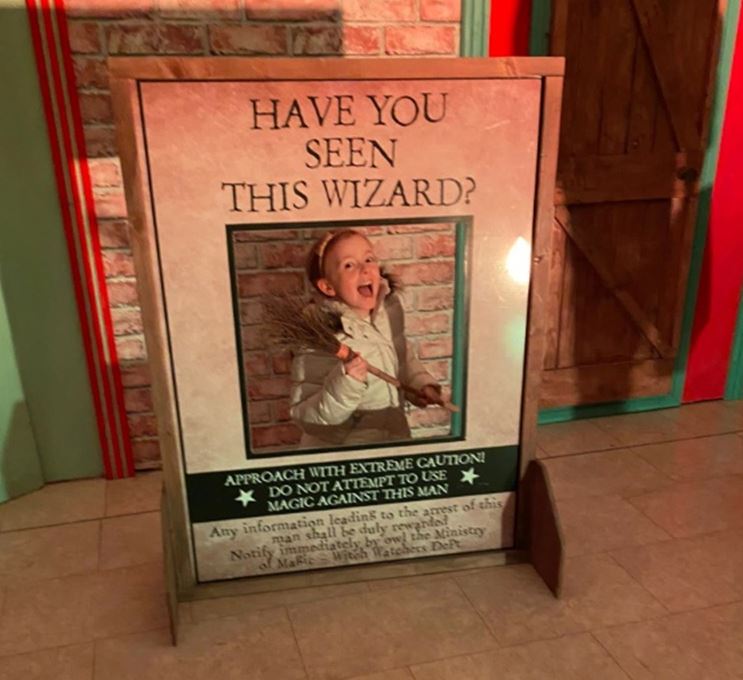 As it’s the 10th birthday of Winteval Festival, there are some one-off special events that include Waterford’s newest Comic Convention, a Blue Lights Parade, a Jingle Bells cycling event a sparkling Tractor Parade and BuskAid takes place on December 22nd to raise funds for Tinteán Housing which is the Winterval Festival dedicated charity for 2022.

I would highly recommend this trip – we thoroughly enjoyed it. There are so many different things to do and see, all in once beautiful city. It really got is in the mood for Christmas and was a very well hosted event.