Southern dishes and where to find them

The American South is famous for their vast and varied cuisine, ranging from the famous dining in New Orleans to the delicious meals in Knoxville. Here are some famous dishes that are associated with the American South, and some of the best places to find them.

Also known as country-fried steak, this delicious breaded cutlet dish consists of a piece of beefsteak coated with seasoned flour and either deep-fried or pan-fried. It’s thought to have originated from an older recipe brought by German and Austrian immigrants to Texas in the 19th century. The best chicken-fried steak can be found at Bubba’s Cooks Country in Dallas, Texas.

This Creole and Cajun rice dish is part of Provençal cuisine with African and Spanish influences. It consists of meat and vegetables mixed with rice. Jambalaya takes its name from the Provence region of southern France originally spelled as jambalaia and may descend from Provençal French styles of pilaf and the Spanish dish paella. It’s very popular in Louisiana, where it originated. The best Jambalaya can be found at Jacques-Imo’s in New Orleans.

This stew is extremely popular in Louisiana as well. Gumbo consists primarily of a strongly-flavored stock, meat or shellfish, a thickener, and the Creole “holy trinity” ― celery, bell peppers, and onions. Gumbo is often categorized by the type of thickener used, whether okra or filé powder (dried and ground sassafras leaves). Scholars state that Gumbo originated in Louisiana in the early 18th century. The best Gumbo can be found at Restaurant R’evolution in New Orleans. 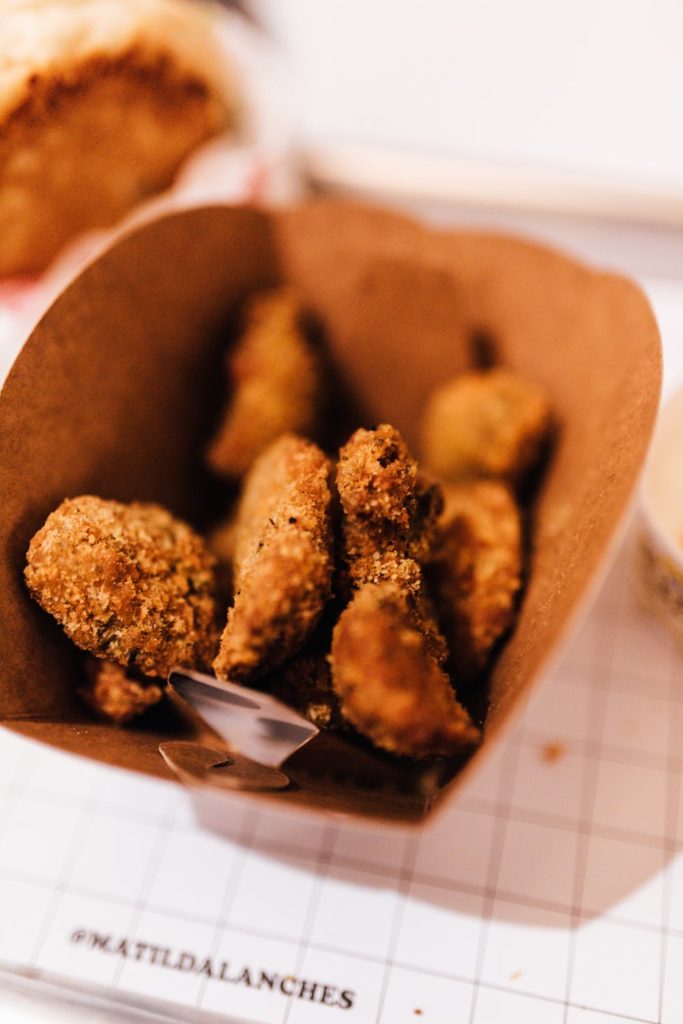 Cobblers are a form of dessert consisting of a fruit filling poured into a large baking dish and covered with a batter, biscuit, or dumpling before being baked. Some cobbler recipes, especially in the American South, resemble a thick-crusted, deep-dish pie with both a top and bottom crust. Cobblers originated in the British American colonies. Peach Cobblers are popular down South in particular, where sweet pies are favored. The best Peach Cobbler can be found at The Salt Lick BBQ in Driftwood, Texas.

Similar to Irish or Mulligan stew, Burgoo is a combination of meats and vegetables: Common meats are pork, chicken, mutton or beef, often hickory-smoked. Common vegetables are lima beans, corn, okra, tomatoes, cabbage and potatoes. Typically, since burgoo is a slow-cooked dish, the starch from the added vegetables results in thickening of the stew. However, a thickening agent, such as cornmeal, ground beans, whole wheat, or potato starch can be used when cooked in a non-traditional way. The best Burgoo can be found at the Moonlite Bar-B-Q Inn in Owensboro, Kentucky.

This popular American dish is part of a variety of culinary traditions, including Pennsylvania Dutch cuisine and soul food. Chicken and Waffles, as a combined recipe, first appeared in the United States’ colonial period in the 1600s in Pennsylvania Dutch country. The soul food version of chicken and waffles first appeared after the opening of the Wells Supper Club in Harlem, New York, in 1938 and quickly became popular in Southern states. Some of the best chicken and waffles you’ll ever have can be found at Hattie B’s Hot Chicken in Nashville, Tennessee.

Velvet cake is thought to have originated in Maryland in the early 20th century. It is traditionally a red, red-brown, crimson, or scarlet-colored chocolate cake layered with ermine icing. The best red velvet cake can be found at Litton’s in Knoxville. It’s so good that it’ll tempt you to look at Knoxville Real Estate just so you can be close to this delectable dessert!