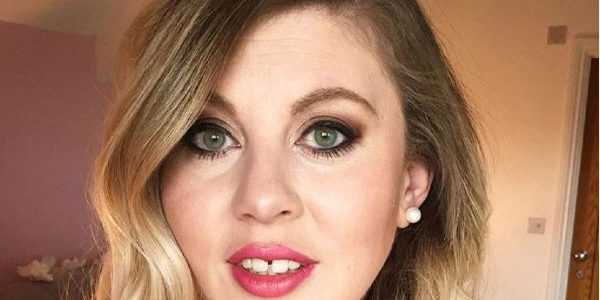 Parenting vlogger and author Louise Pentland nailed what so any mum's feel like before they give birth to their second child.

She took to Instagram to post a stunning picture of herself posing with her eldest child while pregnant with her second baby.

Louise opened up about her fears in how she would deal with a second child, Pearl, and her anxiety that she wouldn't be able to love it the same way she did with her first, Darcy.

She wrote, ''I didn't want to talk about that much because I felt pregnant women were supposed to instantly gush with love for their growing babe and I was still fearful. Anyone else felt that? Pearl was cosy in there and didn't pop out until the 14th and mine and Darcy’s team got a brand new member.''

She continued, ''Thankfully, a mother’s heart is pretty cool because it doesn't half with a new child but doubles instead. Essentially, and I hope you don’t mind the bluntness here – it’s ok to be scared sh*tless that you might be a crap mum, your heart will surprise you. Ahhh.''

Other mums came forward with their own experiences.

One said, ''I hated my pregnancy, I felt no bond with my baby and I was terrified to say it out loud. I was unbelievably grateful to be pregnant, she was a baby we'd spent so long trying for, but the second she was placed on my chest my world completely changed, at that moment I have never loved anything/anyone anymore.''

While another wrote, ''I feel very similarly. I have a 6-year-old little girl and am 10 weeks pregnant after enduring recurrent miscarriages. So I have many fears. It's just so hard to imagine loving anyone like I love my daughter. I know it will happen, but it's just so hard to wrap my mind around right now.''

We applaud Louise for being so brave in opening up about a topic that isn't easy to talk about.