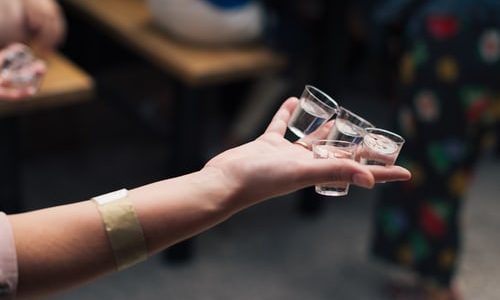 A major problem facing parents of teen and tweens these days is the rise in underage drinking. The age at which children and teens are taking up drinking is younger than ever before, with Drinkaware’s new study reporting that there was a marked shift across some of the results when comparing 2nd and 3rd year data. For instance, the 60% (approx.) of students who indicated that they had never drunk alcohol remained fairly stable between 1st and 2nd year, but then decreased sharply by 17% as students went from 2nd to 3rd year.

A disturbing result revealed in the study was that 38% of 3rd year participating students who drink, have already experienced one or more negative effects of alcohol consumption, such as physical fights, arguments, accidents/injury, and/or feeling physically sick/vomiting 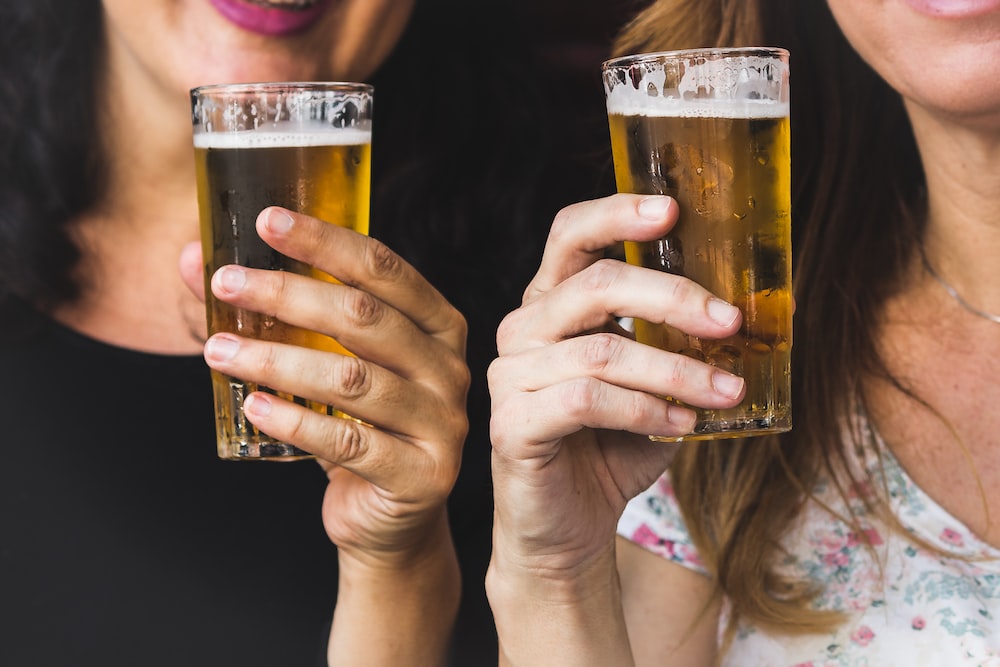 The study followed participating students through their three formative years of secondary school, and was conducted by a Maynooth University research team. It investigated the impact that Drinkaware’s Junior Cycle Alcohol Education Programme (JC AEP) had on teen’s decisions to begin underage drinking. This significant study, for the first time, tracks 1st to 3rd year students’ experiences of alcohol education in Ireland in real time. As the national charity working to reduce and prevent alcohol misuse in Ireland, Drinkaware commissioned Maynooth University’s Centre for Mental Health and Community Research to investigate the programme’s effectiveness and, in particular, its primary prevention goal to delay the age of first drink. 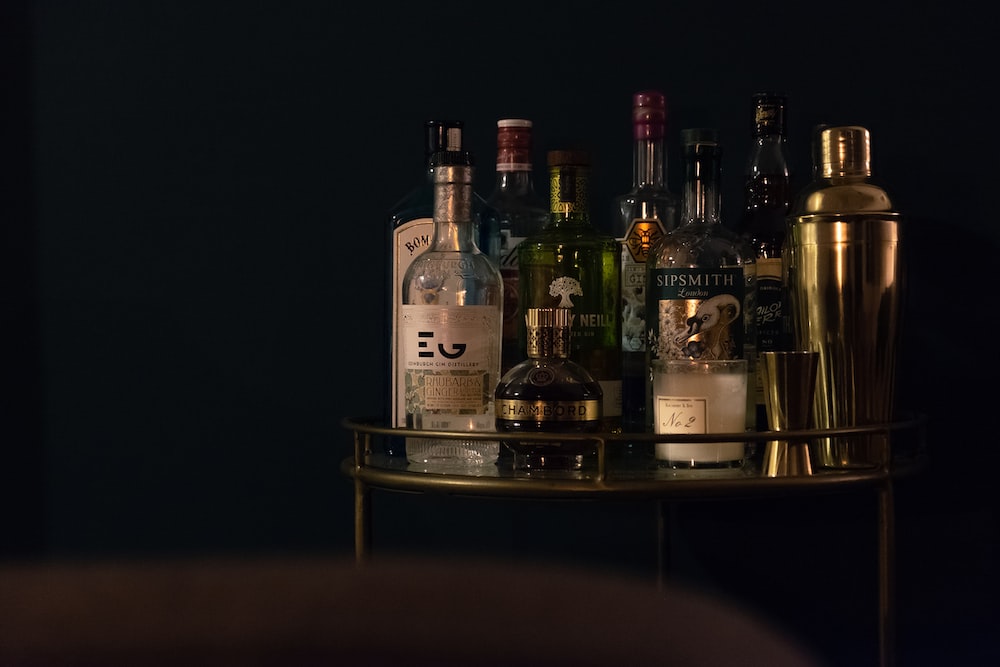 Over 350 Junior Cycle students from 19 schools across the country, were surveyed as they participated in the programme over a three-year period (2018-2020). These were the main findings of the study:

The report found that as the students progressed through the JC AEP, the proportion who expressed no intention or interest in drinking, rose from 30% in 1st year to 54% in 3rd year. The findings also showed that participation led to substantial and sustained improvements in students’ knowledge and understanding of alcohol when compared with pre-programme delivery data. 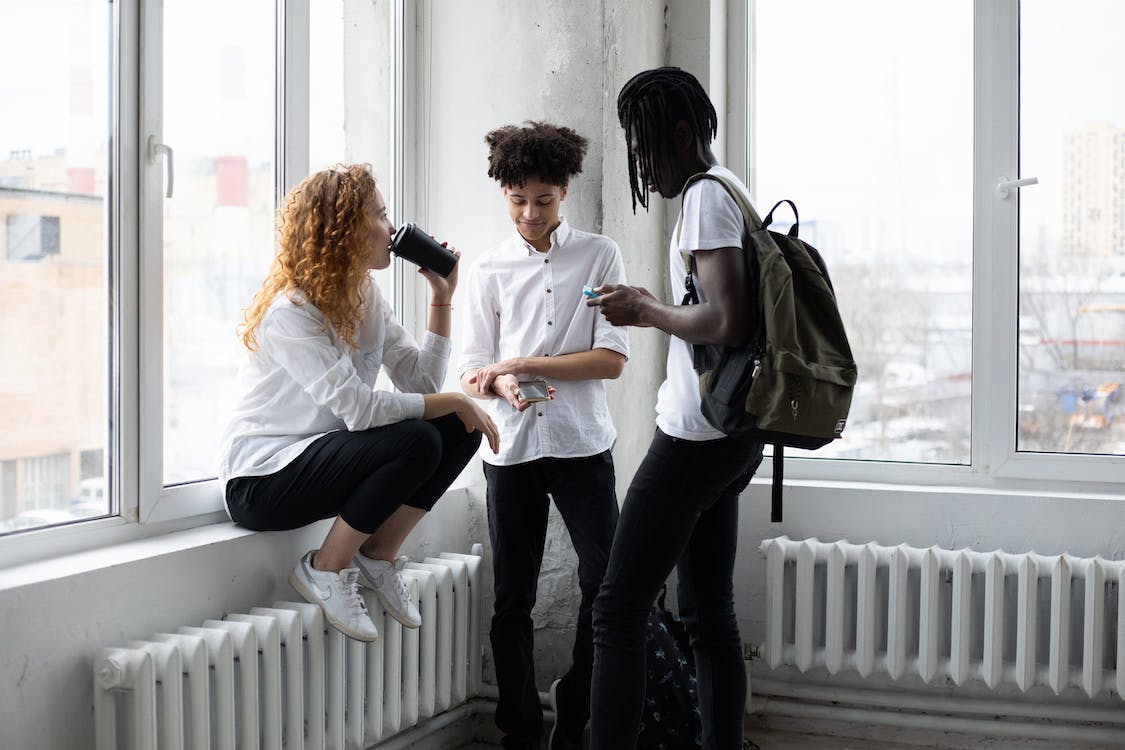 Students’ knowledge of the impact of alcohol on overall health and wellbeing increased substantially and progressively from 22% pre-programme to 50% in 3rd year. A similar increase was found regarding students who reported ‘knowing a lot’ about alcohol’s impact on mental health which also doubled from 23% pre-programme to 46% in 3rd year. Furthermore, nearly half (46%) of participating students identified the negative impact of alcohol on physical and mental health as a reason why teenagers do not drink.

Parents as enabling and/or protective factors in underage drinking 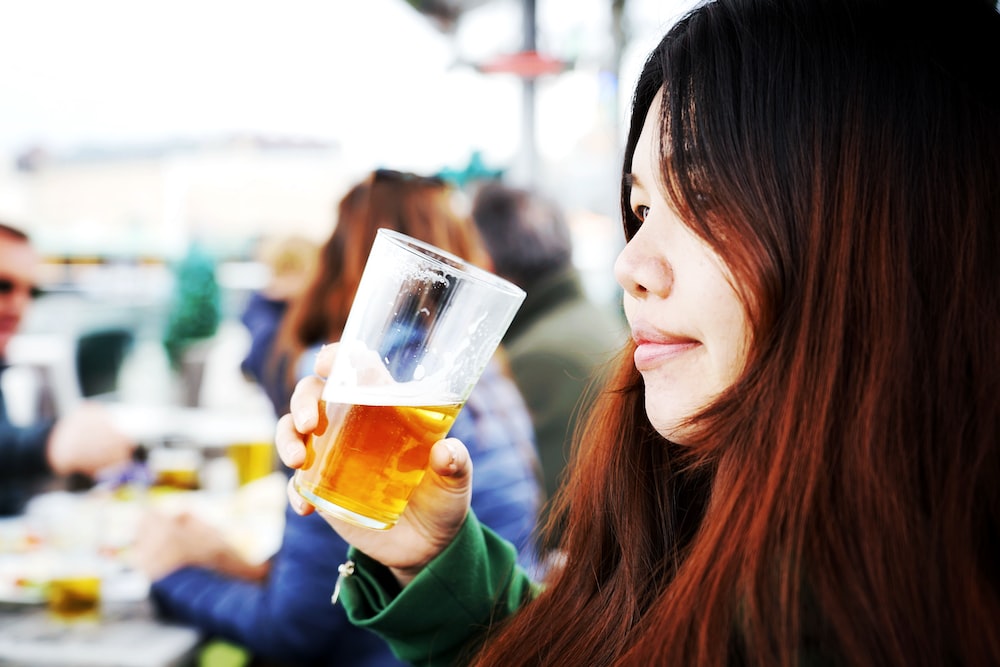 A recurring theme identified within the report, was that of parents’ role in underage drinking. Parental permissiveness – even if this is only perceived by the student – and the ease with which alcohol can be accessed in the home setting, may either inhibit or enable underage drinking. For instance, 57% of 3rd year students had first consumed alcohol either in their own or someone else’s home, most saying they did so with little difficulty whilst only 1 in 4 said they got into trouble with parents for drinking.

In contrast to the 44% in 3rd year who cited tolerant parental views regarding alcohol, 19% indicated that their parents do not like to see them drinking, and 17% of those in 3rd year who had not started drinking cited concerns over their parents’ reaction as a deterrent to drinking.

The findings on the views of teachers, reflected a general consensus that parents/guardians should take primary responsibility for alcohol education (63%) and that they either were not fulfilling this role or needed support to do so.

Teacher’s assessments of the program 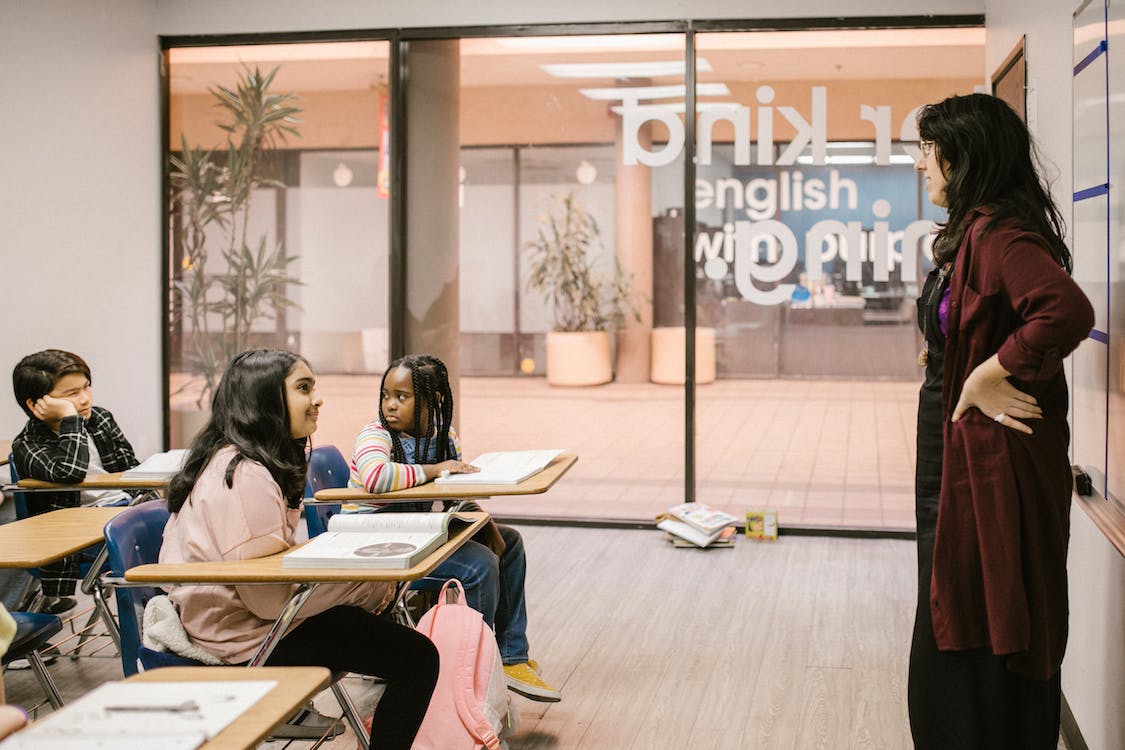 With regard to the participating students and teachers’ views of the JC AEP, the study reveals consistently high proportions of students in each year of the evaluation, rated the JC AEP highly; for example, 63% of students in Year 3 rated it as ‘excellent’, ‘very good’ or ‘good’. 60% also said that they would recommend the programme to other students/schools.

On average across the 3 years 96% of the teachers thought that the programme was ‘excellent’, ‘very good’ or ‘good’ and 93% would recommend it to other schools. Teachers also, in increasing numbers, enjoyed delivering the programme as it progressed across the three year (94% in year 3, 89% in Year 2, and 86% in year 1).

So what conclusions can we draw?

Commenting on the next steps for Drinkaware and the Junior Cycle Alcohol Education Programme, Sheena Horgan, Drinkaware CEO said: “With this research clearly indicating how alcohol education can be effective, the time to act is now. We must progress and scale evidence-informed education programmes, such as the JCAEP, at a national level and also look at potential programmes for 11-12 year olds if the disturbing trajectory of underage drinking and continuance of alcohol harm is to be halted. There is no place for alcohol in childhood, and through the collective efforts of Irish society, from educators, researchers and parents to charities such as Drinkaware, we can make a difference to the next generation’s relationship with alcohol.” 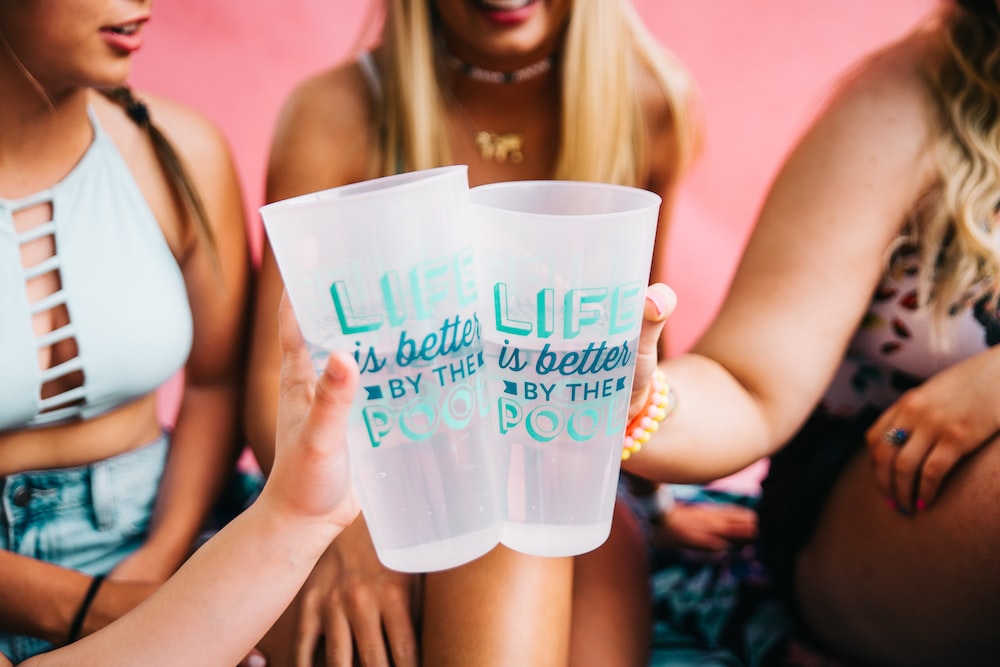 “15 years of age is the average age of the first drink in Ireland. But average doesn’t tell the full story. This study shows how attitudes, and behaviours shift markedly across 13 to 15 year olds (1st to 3rd year), meaning alcohol education before this age is vital. Maynooth University’s rigorous and independent evaluation shows how programmes like Drinkaware’s JC AEP can make a significant contribution to the prevention/delay of underage drinking.

The ingredients of effective alcohol education are good programme content and design that are based on best practice and evidence, and fidelity in programme delivery. Couple this with students’ receptiveness to, and their need for, alcohol education and it explains the positive findings in this evaluation study. It is crucial that the findings and learnings in this study are shared and built upon, and the recommendations of this unique report pursued.” 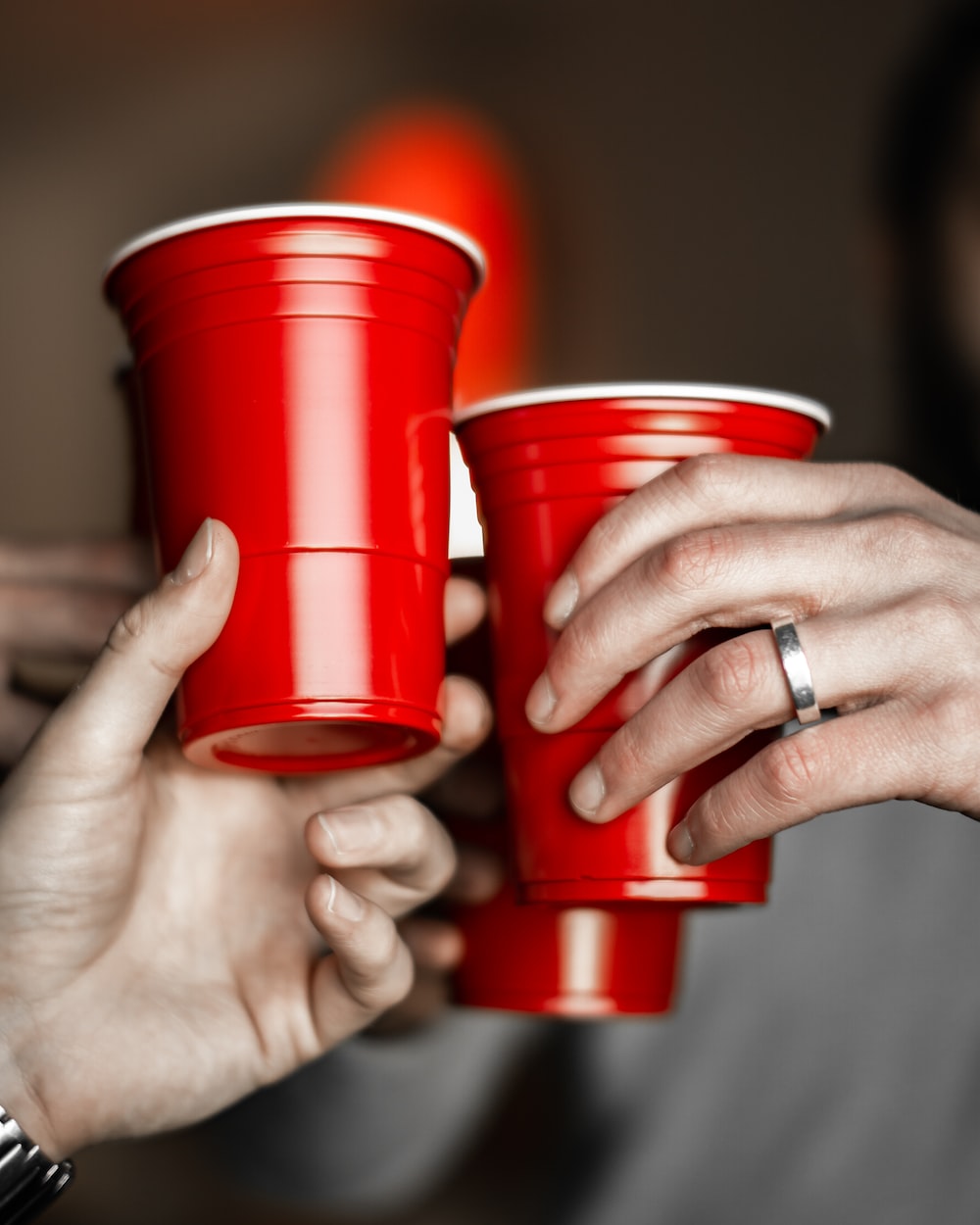 Lead author of the study, Professor Sinéad McGilloway, Founder Director of the Centre for Mental Health and Community Research at Maynooth University’s Dept. of Psychology said: “To date, public policy on alcohol has primarily focused on older teenagers. However, our research clearly indicates that we need to engage with our children at a much earlier age. The collective findings of this study suggest that Drinkaware’s Alcohol Education Programme is a useful, feasible and high quality programme that is successfully engaging and empowering young people to develop sustained improvements in knowledge, awareness, understanding, confidence and appropriate decision-making skills around the consumption of alcohol The results also highlight the important role that parents play in protecting and educating their children on alcohol, and a need to provider better support to them in this regard”.