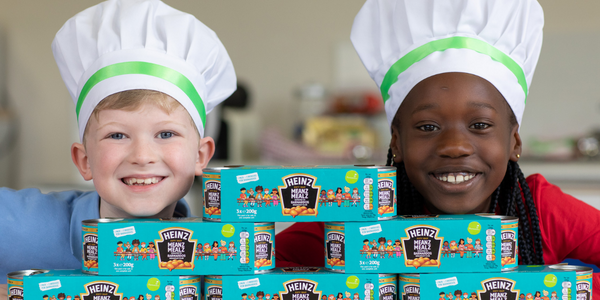 Barnardos and Heinz are continuing the fight against child hunger in Ireland with their latest collaboration. The duo have been working tirelessly together since 2020 to do what they can for the children of Ireland. They became charity partners this year, and their latest collab is a great way to help feed the nation's children.

Since it’s back-to-school time and the new school year has well and truly kicked off, Heinz is launching a limited edition three-pack of their iconic Heinz Beanz in order to support the fight against child hunger.

Every time a limited edition three-pack of Heinz Beanz is sold, a donation will be made to their charity partner, Barnardos, to support their frontline work with the children of Ireland. This work is in particular need of support with the colder months coming in, and families struggling to provide nutritious meals due to the rising costs of food and other essential items.

The new packaging of Heinz Beanz is just one of the many ways Heinz and Barnardos are continuing their pledge to fight against child hunger in Ireland. The three-pack of Heinz Beanz and Heinz Beanz No Added Sugar are specially named ‘Beanz Meanz Mealz’ and are available for purchase in Tesco, Dunnes and Supervalu stores nationwide now. 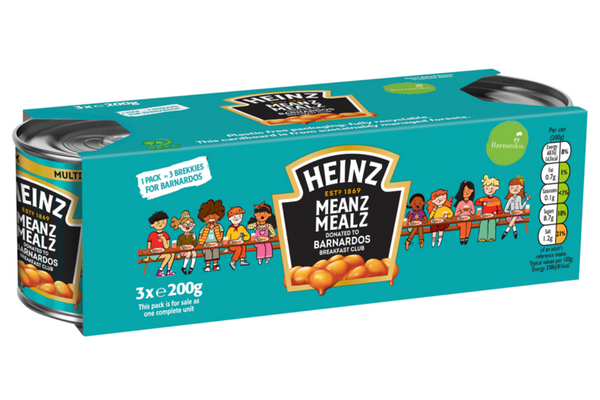 Head to your local store to help support disadvantaged children from all across the nation, with each donation going towards Barnardos Breakfast Clubs. This provides nutritious breakfast food, such as Heinz No Added Sugar Beanz which are naturally high in protein and fibre, to centres in need across Ireland. The new ‘Heinz Meanz Mealz’ three-pack have a RRP of €3.09, so by spending just a few euro, you can help to provide breakfast to children in need.

When speaking about the collaboration, The Head of Commercial & Manager at Heinz, Elaine McCague, said, “We are incredibly passionate about fighting child hunger alongside our brilliant charity partner, Barnardos, so we are delighted to be releasing our limited edition ‘Heinz Meanz Mealz’ three-packs which we hope can help fill thousands of little tummies at a time when it is much needed. We hope to shine a spotlight on and raise further awareness of this all-important issue, at a time where there is increased pressure on household budgets”.

Mary Gamble, the Director of Fundraising, Communications and Retail at Barnardos, said, “We’re thrilled to see Heinz standing beside us in the fight against child hunger in Ireland today. The Cost-Of-Living Crisis has seen more and more families needing our support”.

“Some already struggling parents are facing a winter of severe financial pressure and some will have to make the heart-breaking decision of heating their homes or having nutritious food on the dinner table. Your kind of support will make a real difference to families. Because childhood lasts a lifetime”.

For more information on Heinz and Barnardos' work, visit here.