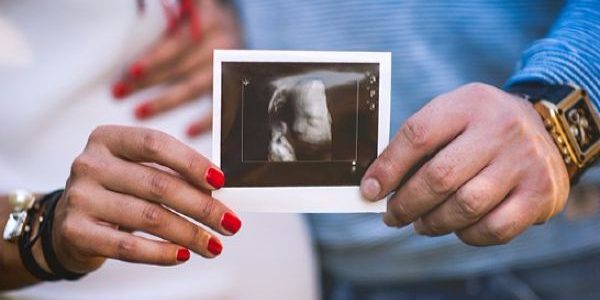 There is definitely a baby boom afoot, thanks to all of us staying inside during quarantine with nothing to do… well nearly nothing to do.

With a new celebrity pregnancy announcement to learn about every single day, staying on top of things and in the loop can get a bit challenging. That’s why we’ve decided to make things a little bit simpler for you, with this list of the five celebrity pregnancies announced over the weekend just gone.

Peter O’Mahony and wife, Jessica, are expecting their third child together

The Irish rugby star, Peter O’Mahony and his wife Jessica announced that they are expecting their third little bundle of joy early next year. The happy couple only got married this past July, but already have two children, Indie and Theo.

Jessica hinted on Instagram that they are having another boy, by captioning her announcement post with, “Myself and Indie will be outnumbered in early 2021. The newest edition O’Mahony is en route.”

Dancing on Ice champion Jake Quickenden and his girlfriend Sophie have revealed that they are expecting their first child together. The couple were overjoyed to learn that they were expecting, after suffering a miscarriage last year. While this will be Jake’s first child, Sophie has a six-year-old son, Freddie, from a previous relationship.

“I AM GOING TO BE A DAD!! I can’t believe it, we are going to have a little Jake or little Sophie causing mayhem!!!” Jake wrote on Instagram

The Twilight star, Kellan Lutz and his wife, Brittany, suffered a miscarriage back in January when Brittany was six months pregnant with their baby girl. The two announced in a video on Brittany’s Instagram account over the weekend that they are expecting a baby once again.

Usher is expecting a baby with girlfriend, Jenn Goicoechea

The 41-year-old singer confirmed in an interview with Good Morning America, that he is going to be a dad for the third time. Usher is already a dad to his two sons, 12-year-old Usher V and 11-year-old Naveid, whom he shares with his ex-wife, Tameka Foster.

“Babies always bring such joy to a family. Really excited for my young one — well, my bean's arrival,” Usher said.

John McAreavey is expecting his first baby with wife, Tara

The happy couple were on holidays in Co. Donegal when John announced the joyful news on Twitter. “Great few days exploring Donegal with Tara and bump!” he wrote. The two were wed in 2016, five years after John’s first wife, Michaela, was murdered on their honeymoon in Mauritius.

May this new blessing bring them a world of happiness.

Congratulations to all of these happy parents and parents-to-be. We can't wait to meet their new arrivals!