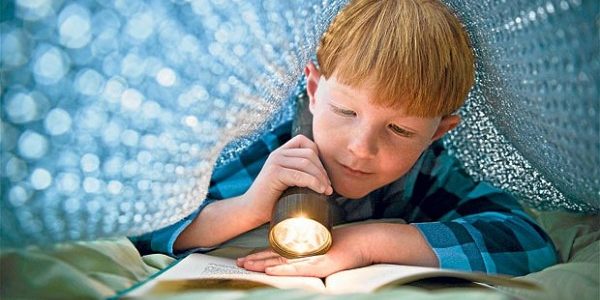 Reading with our kids is one of our favourite things to do. Watching their little imaginations running wild, hanging onto every world, itching to find out what happens next — it really is a magical activity!

That’s why we’ve created this ultimate summer reading list for the kids who love to read. Down below we’ve put together a run-down of the best new children’s books which are being released this summer, just in time for the school holidays.

So if you’re looking for some easy ways to keep the kids occupied over the next few weeks, why not browse the list below, and treat your little ones to a few new fun-filled reads?

Published by O’Brien Press on June 6 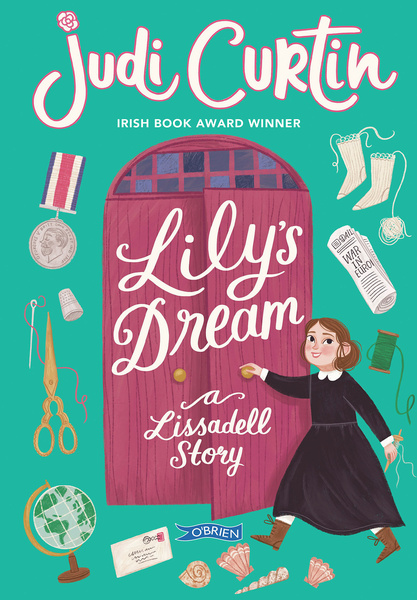 Lily and her friends Nellie and Johanna are used to their roles as maids working in the Big House, and it seems like life will go on that way forever – despite Lissadell’s Maeve de Markievicz, daughter of the famous Countess, trying to shake up tradition.

War is on the horizon. Lily feels that it can’t touch them in rural Ireland, but as more young local men – including their friend Harry the footman – join up to fight, the shadows seem to come closer.

In a changing world, will the girls have enough strength, hope – and most of all friendship- to keep their dreams alive?

The Little Bee Charmer of Henrietta Street by Sarah Webb

Published by O’Brien Press on June 6 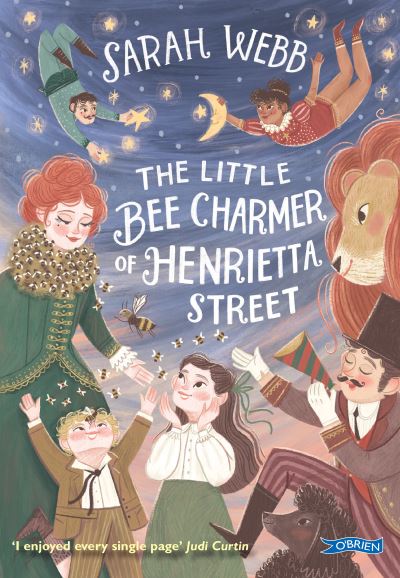 Set in the Dublin tenements of 1911, a young girl trying to save her family gets caught up in an exciting adventure when the circus comes to town. A tale of family, friends and finding magic everywhere.

The Shop of Impossible Ice Creams by Shane Hegarty 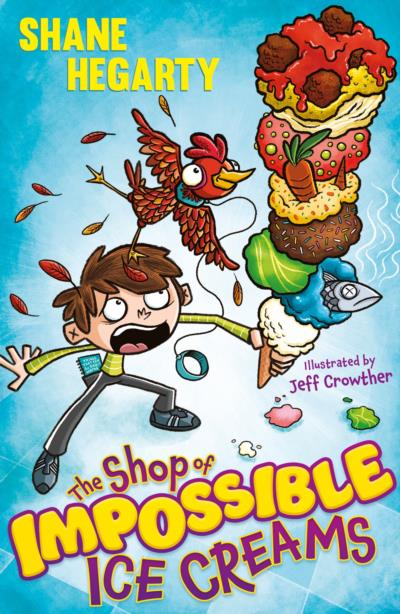 Limpet’s family have just moved to the seaside town of Splottpool. His Mum wants to open an ice-cream shop and fill it with her creative new flavours (carrot and garlic, chicken and cheese, and not forgetting the tuna and mushroom!) – but Limpet is not too sure… He likes a nice, sae life. His favourite ice-cream flavour is vanilla.

But when wicked Mr Fluffy arrives with his Mega Emporium of Amazing and Spectacular Ice Creams, Limpet knows he’s got to fight back. Together with his sister, new best friend and pet chicken, Limpet sets out to find the magic ingredients which could solve all his worries, if only he can get the recipe just right…

The Midnighters by Hana Tooke

Published by Puffin on June 23 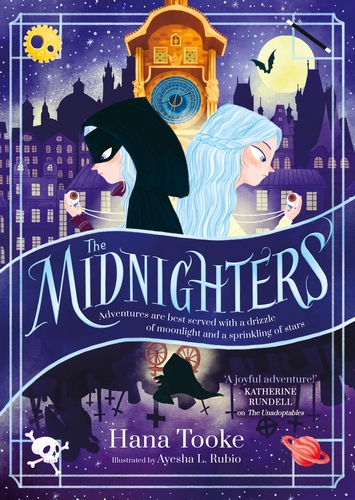 From the bestselling author of The Unadoptables, comes a ghostly tale of two friends, one murder mystery, and a world of intrigue.

A missing friend, a gothic city, a secret society full of wonder, invention and maybe a hint of magic…welcome to the world of The Midnighters! 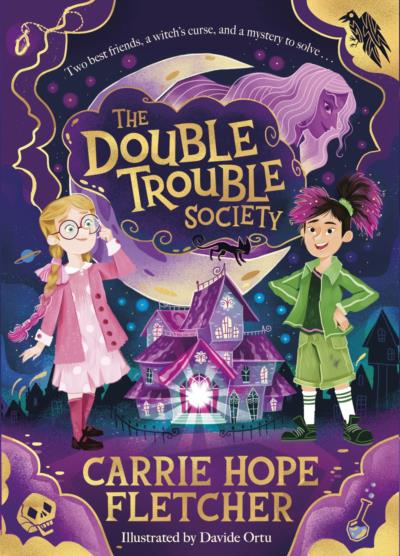 Ivy and Maple have been best friends ever since they were born at exactly the same minute twelve years earlier. They're always on the look-out for a new adventure but unfortunately Crowood Peak is officially the most boring town in the world. Or at least it was until children start to mysteriously disappear and, even stranger, none of the grown-ups seem to have noticed …

It's up to the Double Trouble Society to work out what's going on. All the evidence points to the old mansion next door with strange green lights in the windows and a new owner who looks suspiciously like a witch!

Can Ivy and Maple solve the mystery of Hokum House and rescue their friends or will they be next on the witch's list of victims?

The Underpants of Chaos by Sam Copeland and Jenny Pearson

Published by Puffin on June 9 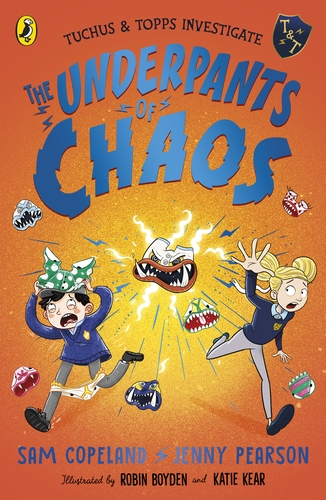 Introducing The Underpants of Chaos, the first in the hilarious middle grade series, Tuchus & Topps Investigate, created by an exciting new author partnership: Sam Copeland (Charlie Changes into a Chicken) and Jenny Pearson (The Super Miraculous Journey of Freddie Yates).

The story features detective duo Agatha and Lenny, who unwittingly team up to investigate the strange SHIVERS unfolding across their town, and is perfect for children aged eight and above. 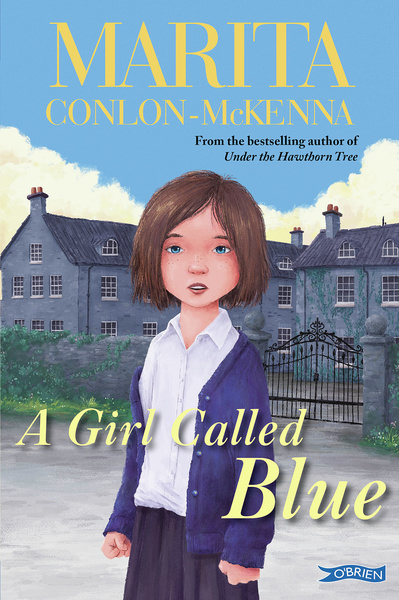 The orphanage is the only home Blue has ever known. She is desperate to find out who she really is. The closed file in stern Sister Regina's office holds the secret of her identity. And that is forbidden territory …

Mirabelle and the Naughty Bat Kittens by Harriet Muncaster 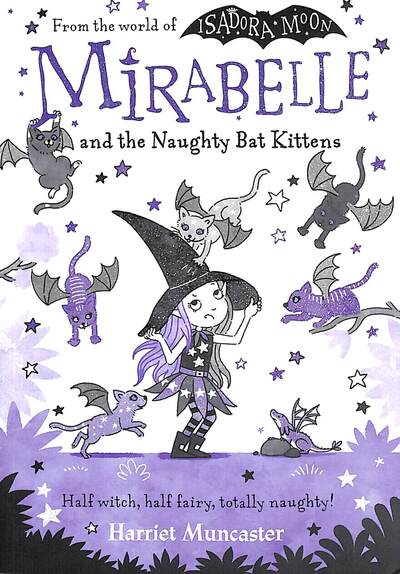 Mirabelle's mum is a witch, her dad is a fairy, and she is a bit of both! Mirabelle and her class are going on a school trip to a magical-creature sanctuary, and Mirabelle can't wait! Even being partnered with annoying goody-two-shoes Lavinia can't ruin her day.

But when she accidentally lets the bittens (part bat, part kitten, totally adorable, slightly fierce) out of their enclosure their day becomes a bit more complicated. Can Lavinia help Mirabelle stay out of trouble? And can Mirabelle show Lavinia that maybe some things are worth getting in trouble for. . . ? 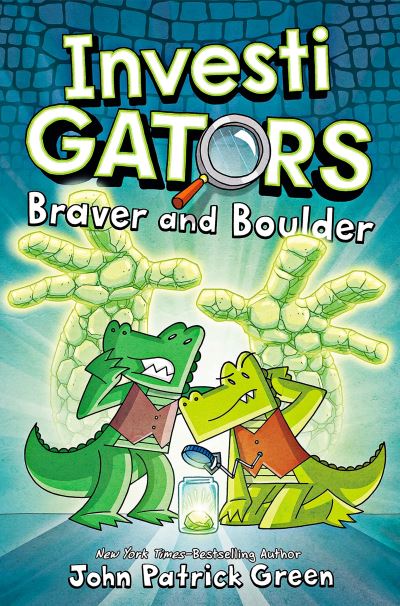 Our favourite sewer-loving secret agents are between a rock and a hard place in InvestiGators: Braver and Boulder, the newest chapter in the hilarious full-colour New York Times -bestselling graphic novel adventure series from John Patrick Green.

The InvestiGators are having a hard time keeping a low profile with their new headquarters being a giant robot towering over the city! How can they be SECRET agents if everyone recognizes them?

But with their ears to the ground, Mango and Brash hear mysterious rumblings about BOULDER BUDDIES . . . are they just the latest fad or part of a mob-run scheme? And could a rocky relationship from the InvestiGators' past be hiding beneath the surface? Find out in their most stone-cold dangerous mission yet! Continue the series with Investigators: Heist and Seek!

A Beginner’s Guide to Ruling the Galaxy by David Solomons

Published by Nosy Crow on July 7 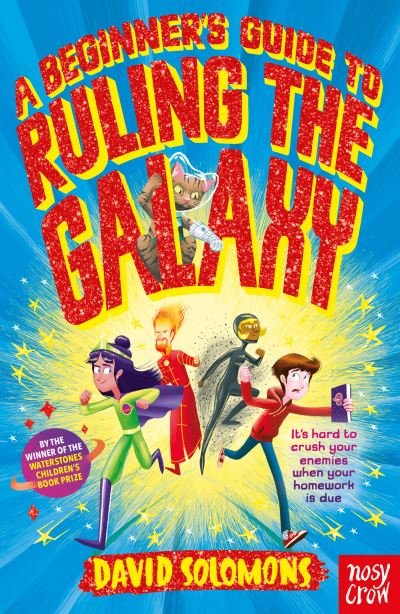 A brilliantly funny story of what happens when a galactic princess moves in next door and almost brings about the end of the world. Exciting new fiction from the bestselling, award-winning author of My Brother is a Superhero.

Gavin's got a new neighbour and she's really annoying. Niki follows him everywhere, bosses him about, and doesn't care that her parents will obliterate Earth with their galactic warships if she doesn't stop running away from them. Can Niki and Gavin sort out the alien despots (aka Mum and Dad) and save the planet? Possibly. Will they become friends along the way? Doubtful…

The Fowl Twins Get What They Deserve by Eoin Colfer 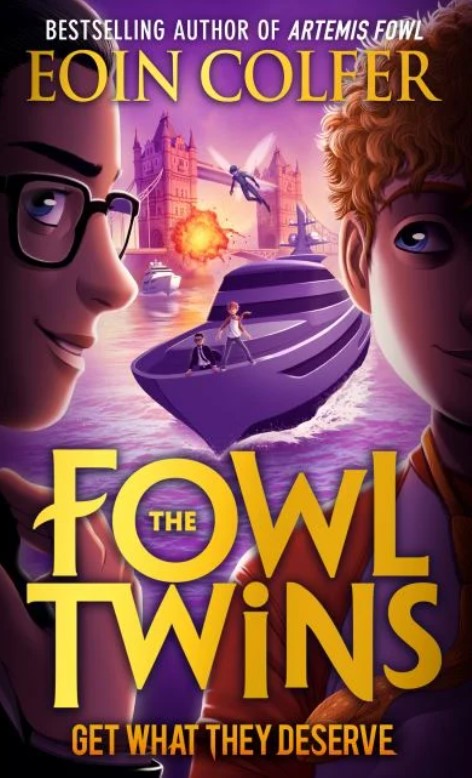 Twins Myles and Beckett, Artemis Fowl's younger brothers, return in their third and most outrageous adventure yet. For almost two years, Lord Teddy Bleedham-Drye has been plotting revenge against the Fowl Twins, who humiliated him in book one.

Teddy plans to give them exactly what they deserve: permanent death. He threatens Myles with his weaponized jet and Beckett and Specialist Lazuli succeed in disarming the aircraft and causing an accident that kills Lord Teddy. But does it really?

Clones, fairy magic and criminal masterminds come together in this ultimate and ridiculous showdown between the twins and their worst enemy.