Book Review: Mary McAleese gets candid in ‘Here’s the Story’

The tone of Mary McAleese’s contemplative and assertive memoir, ‘Here’s the Story’ is set with a warning on its opening page:

Thus, the shadow of a childhood spent in Northern Ireland during one of its most shockingly violent moments hangs over the book as it unfolds. Published by Sandycove, the book cleverly introduces us to McAleese by travelling back along her family tree, tracing all the way back to famine times to situate herself and her family amidst the violent turbulence of contemporary Belfast and then later, to contextualise her in Áras an Úachtaráin.

‘My grandparents were bare subsistence farmers with a donkey and cart for transport; their children were all early school-leavers and emigrants who returned to help with the hay-and-turf-cutting in the summer; their grandchildren and great-grandchildren are well-educated, car-driving occasional visitors.’ 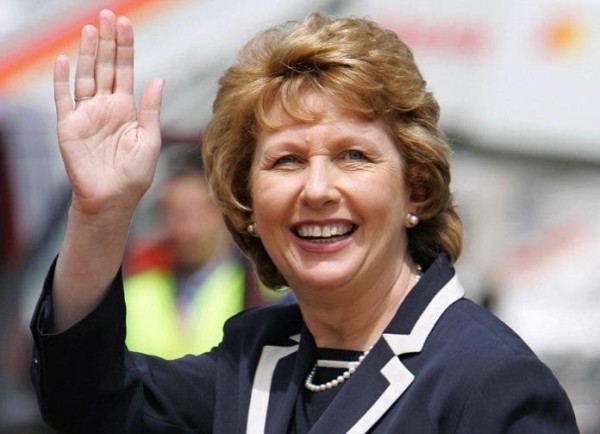 She tracks the changes that occur not only in the three or four generations of her family, but in the transformation of Ireland, economically socially and culturally. There is a sense of deep connection to the land and the heritage that comes along with it that sets the tone for the rest of the memoir.

A study of Ireland as much as it is of McAleese, the most powerful part of this book – that covers the Troubles, the peace process and the clerical sex abuse scandals to name but a few major Irish historical events – is the personalisation of her politics. The Troubles are not abstract happenings, numbers and statistics, political parties and paramilitaries. It is a traumatic event that affected McAleese’s family through their childhood in Ardoyne, Belfast.

The places and people are at the centre of her story, not the political event but the effect it had on the people involved. We are introduced to a tumbling, friendly, rambunctious family in a packed catholic house, with a kettle always boiling, visitors always arriving, and debates always being sparked. And it is here we begin to see how this shaped McAleese into the powerhouse she was to become.

It is immediately evident McAleese is the eldest child in the family, her tone and actions all proactive, assertive and focused. Due to the large numbers and larger opinions in her home, she claims it is there that she learned ‘the art of diplomacy and politics early’. And in an exasperated but ultimately loving and warm voice, her life becomes a beautifully woven tapestry of people, histories, places and events that resulted in her, immediately giving the reader a keen sense of who she is and how she came to be.

Headstrong, decisive and even a little precocious, from a young age McAleese was involved and intrigued by institutional power systems, by life and death and why things were the way they were. In a childhood defined by religion and also the love that came from many parts of that religion, she was a revolutionary and reformatory from the age of thirteen. The effect of living in a place so fraught with sectarian history and its contemporary consequences is that she felt conscious of the need for change even as a child.

As we watch McAleese grow with each turning page, her understanding of the politics and alliances behind the rumblings of sectarian violence deepens and she manages to describe hundreds of years of history and animosity and condenses and personalises it, in a way that makes it feel immediate and real and breathing down your neck. In a concise and clear representation of the complex Troubles, expressed in lay man’s terms, a fascinating and devastating history plays out across the pages.

In a time of tumultuous change, McAleese decided to play her part in deciding the future’s direction. Her deep appreciation of education, questioning of the status quo and strict pacifist beliefs makes her a formidable opponent for the darker aspects of the church, sanctioned sectarianism and indifference to suffering. That being said, her critique of religious institutions is not the black and white opinions regularly encountered today. Throughout her journey many figures from the church inspire her both because of and in spite of the impact they have upon her and her family. It is a measured view, tempered by a childhood immersed in religious practice, while also being persecuted for her religious identity.

What comes to the fore in this memoir is McAleese’s simple desire to improve the lives of those she encounters. It is not a self-congratulating tone, but an earnest, tireless striving to be the best she can be for those around her. She is electrified by knowledge and you can tell, just from reading about her years in Italy completing her doctorate that she is happiest when challenged and learning. That childhood desire to reform of the world she sees around her makes its appearance throughout her life, in her time in RTE, in Queens college and even the Vatican.

Throughout all of this, her pacifist politics shine through, along with the extraordinary optimism that seems at odds with her harsh dose of reality received in childhood. This makes the power of her belief in goodness all the more surprising and refreshing, as she constantly believes in people’s good sides winning out and that she can be the one to facilitate it. 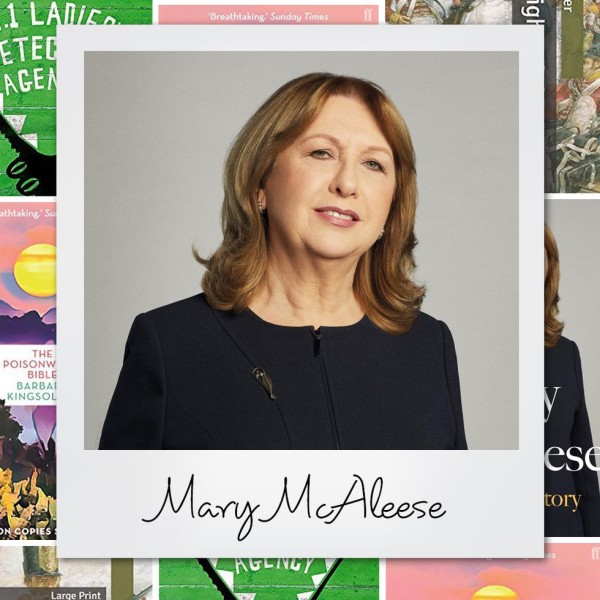 All of these qualities and more are what made her an outstanding president to Ireland during her terms. Her discussion about her work on the peace process with John Hume conveys this urgent desire to redeem the country, to be more than its history. One need only glance over her accomplishments while in office to see the focus on a future shaped by being civic minded.

Deeply aware of the power of symbols, her keen sense of history aided her greatly in her presidency, drawing connections between people who believed themselves historically and inevitably at odds with one another, uniting them with grace, compassion and a guiding hand. She was inclusive and diverse before they became buzzwords, knowing and living the true meaning of them throughout her presidency.

Now, when Ireland is facing a whole different set of challenges, this account of the Troubles is strangely familiar to us, the sense of disruption and confusion of ordinary people’s lives on a personal and familial level reminding us of the isolation and fear we feel today. While we may feel helpless in the face of the chaos and psychological damage of living through a pandemic, McAleese’s account reminds us that the country has lived through worse, and that with the help of people like her, we as a nation, survived them. This informed but harrowing report from the past shows how necessary people like McAleese are, the go-getters, those with the instinct to do the right thing, no matter how unpopular it may make them at times.

Her simple bravery – that is not as simple as it seems – in standing up for others and that which is right, makes you want to be more involved, more aware. After reading the articulate words of a wise, determined revolutionary of the pacifist persuasion, the reader wants to tackle the problems of the world and would be happy to come up with even a quarter of the tangible, compassionate solutions that she did. This memoir shows the people-based, strong, intelligent guidance that female leaders can bring to the table and will hopefully inspire a new wave of women to take charge.